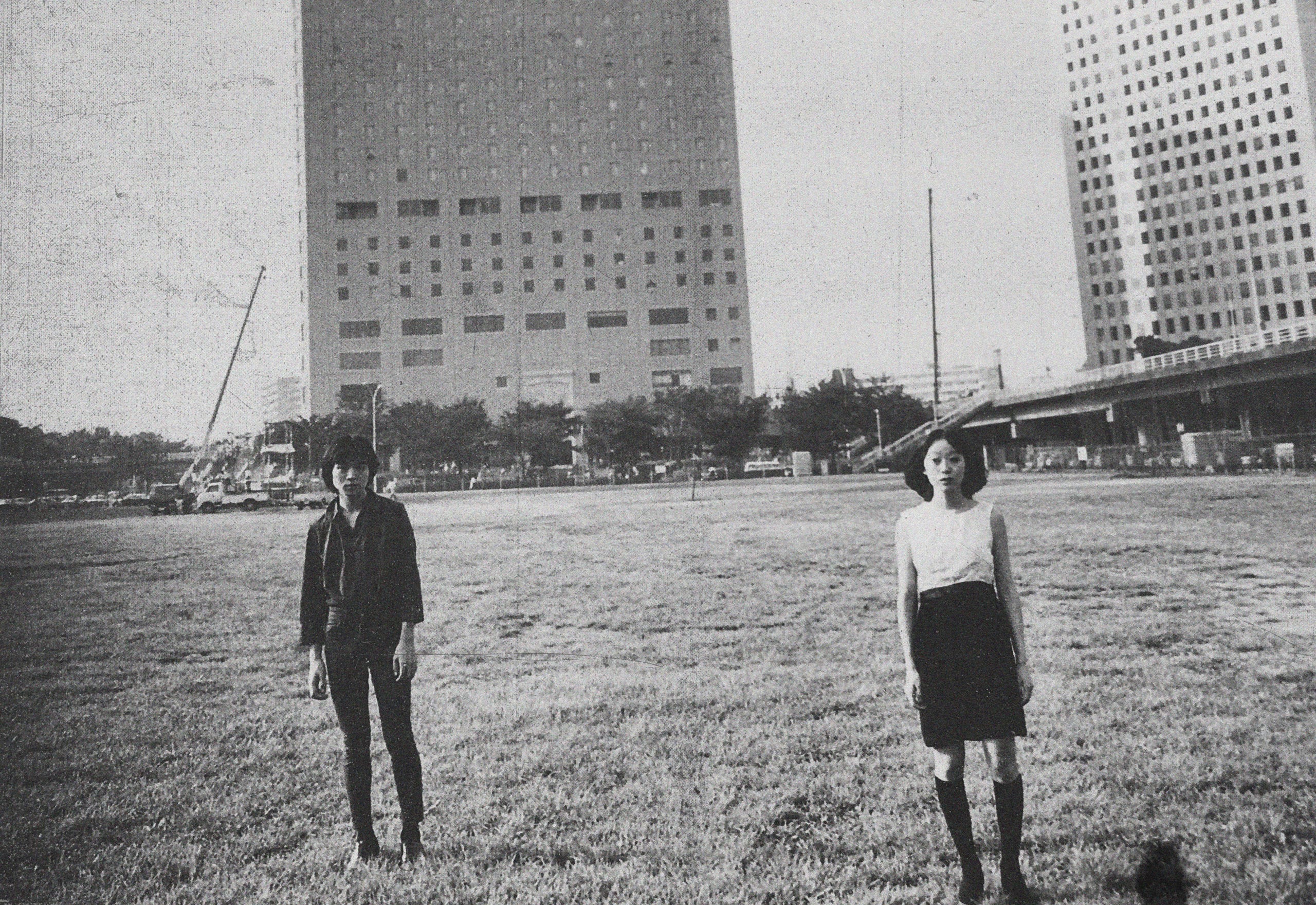 imagine, and be wrong to, ascribing to this album some kind of originary, authentic modality of that pungent austerity everywhere clinging to the contemporary formulation of “non-idiomatic improvisation” etc as a retroactively academicized and theoretically revitalized (as in pro-gentrification urban planning) set of argumentative methodologies for the “creation” of “free” music…

next imagine, and be wrong to, ascribing to it the exoticizing, othering term “naivism” that has haunted tori and reiko’s music in the western press for decades: the keyboard here as daniel johnston’s ostensibly rudimentary chord organ, assumptively configured as “unlearned” in (misconstrued) relation to prevalent hierarchical valuations of harmonic orientation instead of as (for example) a mode of jubilant agnosis…

imagine music to be so pinned-in by factitious frames like these that in language we know more the experience of what this music isn’t. imagine how beautifully little the crisis of representation engendered by said is interactive in any way with the experience of open-eared listening. and imagine that it could be so hard just to move from a descriptive understanding — that of this listening, that of its moment of emergence — to an understanding description of what are ultimately just moments of recorded music.

recorded how, and by whom? these people were and are in love with each other. they were and are also mutually embedded in a religious context about which i know little. the songs would seem to be overdubbed, a practice tori has largely abandoned since “return visit to rock mass” for potentially exciting reasons. to understand the lyrics, it would be necessary to learn the japanese language. titles: water, sheep, the earth is blue, emperor, dead. there is at least one moment of someone i would intuitively configure as unrelated speaking, this accidentally or intentionally layered in. representationally, ambiguity is preserved between (1) the songs as compositions, (2) as recordings and (3) the role of what could be termed improvisation. i detect potential reamplification in what may have been the mixing process; i detect some reverence of reiko(’s voice) in tori’s environments; i think of the word pillows. i want to guess that some of the keyboard here is reiko’s. she told me that this band came about after she and tori met at club minor and joined a punk band started by a person named genet, but soon only they remained. tori told me that they met at a record shop in shimokitazawa, where he was already playing in a band called “worst noise,” later forming “noise” after meeting at a les rallizes dénudés show in fussa.

i think of the magnetism i’ve felt, as a musician, and as a permanent adolescent (i believe they were in their late teens / early twenties at the time of recording), toward making the “worst noise” possible, and how the character of that “worst noise” has changed: become harmonious, in fact. i think of the serendipitous role of people like mr. sato, who ran club minor where reiko says she met tori. i think of the collision of the inexhaustibly plural contexts operative here: tori’s return from new york to japan, where reiko had remained (other than a brief trip to new york where she told me she realized in a jail on bowery that she was not free); of their marriage; of their ‘activism,’ their religion; tori’s abiding interest in lacan, derrida, blanchot, etc; the udon bar in tobe where even haino smiled; the relatable trajectory from tori playing jazz standards at club minor to this album with reiko along with guys and dolls, tako, che-shizu, etc to both their work in early-80s-to-late-00s maher to last year’s “je est un autre”; i think of reiko’s hospice work; i think of pottery, of how reiko once told me when she sings she’s “like a bug before the setting sun.” i think too of my abiding fear of them as wise- and virtuous-seeming elders exemplary of a certain form of life i’ve sought to lead: an anxiety which should preclude my rendering this statement. i think of life in its plenitude, how recordings like this participate in “saving the phenomena” in uncertain form, inscribing the majesty of events in a provisionally fixed object. i think of the life span of these objects, and of all that cannot be object, and gladly.

reiko in a 2010 interview with me: “i don’t want to make songs, i mean if a song is strong enough, it comes out no matter how hard i try to hold it.” tori in a 2004 (?) interview: “a piano improvisation is like an unmodulated sketch from nature. i used to worry that settling for that definition was like sitting on the fence. through thinking about how much one understands nature, with time i became able to take the reins of myself as a performer who embraced the negative realism aspects of jazz as the representation of personal experience.” like tom t hall said, i’ll leave it there ‘cause i suppose they told it pretty well.