Ever Ending Kicks is the solo project of Paul Frunzi (New Issue/Hungry Cloud Darkening) of Anacortes, Washington— a trodden and quaint island community basically absent from anything resembling a music scene. Trading manual labor for the time and the expertise of recordist Nicholas Wilbur (Angel Olsen, LAKE), Ever Ending Kicks offers a new album called Small, out March 11th. These 11 songs explore a faltering emotional path to forgiveness in a drawn out love triangle involving a mentor. The narrator struggles to escape a cartoonish and sticky anger— sometimes totally stepping in it, other times zooming out beyond the realm of individuality to get some relief from it.

We find an uncharacteristically vulnerable Frunzi allowing sweet early influences like The American Analog Set, John Vanderslice, and Stereolab to come through in musical choices and moments, while also humbly channeling power from contemporary works like Lomelda’s “M” for Empathy, Tirzah’s Devotion, and Nicholas Krgovich’s “OUCH”.  At the same time, Small marks a return to the sparing yet impactful guitar/bass/piano/drum configurations familiar to longtime fans of EEK.

On ’Wasabi’, soft distortion adds a pinch of salt to the sweetness of a lilting piano arpeggio and wood guitars played in unison by Paul and collaborator Eli Moore (LAKE). Tense strings played by Marit Schmidt (Cinderwell) jar listeners in ’Strangers’— a disillusioned tirade weighing close relationships against the low stakes surface level type. There’s freedom and playfulness in the futility of ‘Dilly Dally’, and the narrator finds some inspiration in a visit to his home state on ‘Arkansas’. But on ’Big’ we find our narrator slipping again, spinning his wheels on a petty dis track. When the old Hammond abruptly gives out with a crackle and goes quiet, the song takes a confessional turn. Paul’s love for those who he feels “wronged” him is the main feature of his pain, and that feels like a foothold.

Finally, on ‘Epilogue’ a head-scratching Frunzi turns and addresses the audience directly: “I’d like to reflect on these new songs to provide some context”. This and similar wall-breaking choices throughout the album serve to strike a compromise between that evolved and lofty artwork every songwriter hopes to channel a heartbreak into, and the ugliness present in the reality fueling the hope. Which is to say Small, and all its small and big feelings, is allowed to exist in all its complexity and crudeness—more experience than product, more real than perfect.

“Small” by Ever Ending Kicks 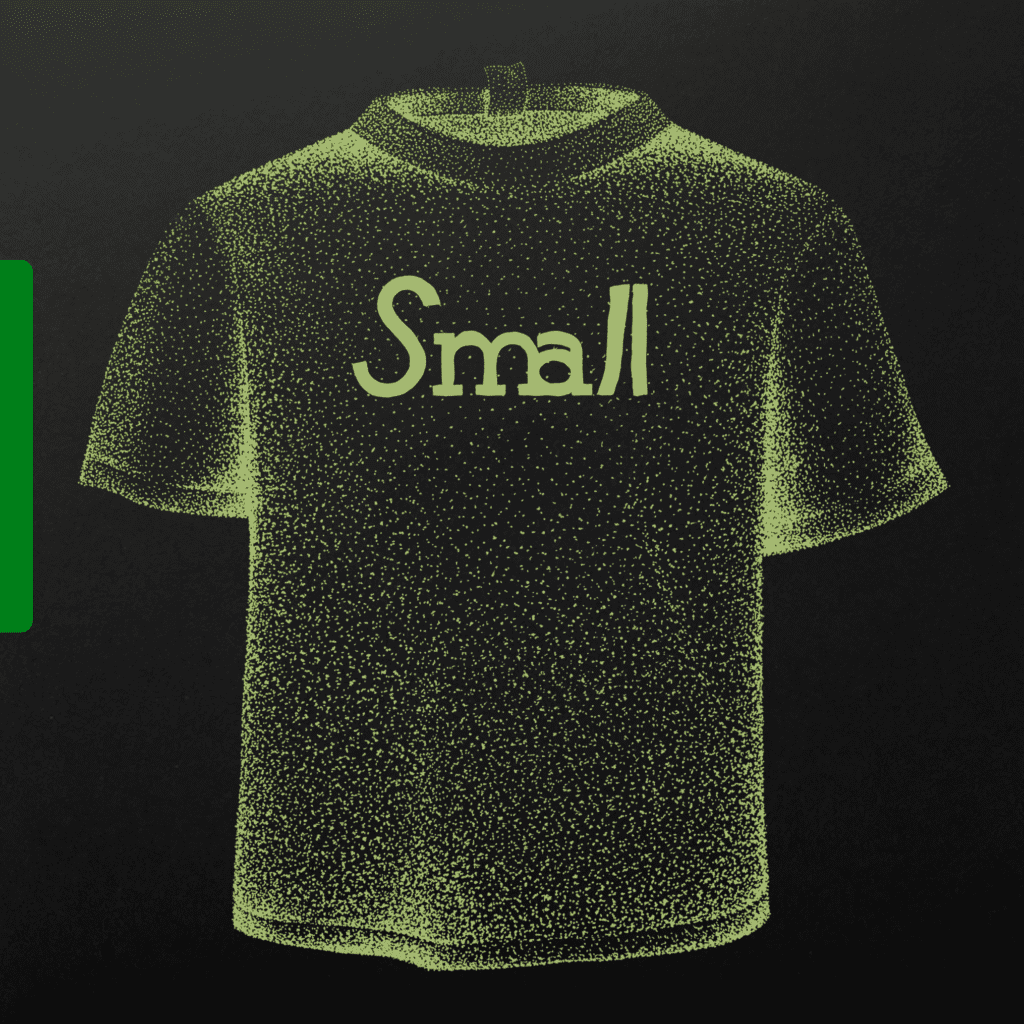