Sam Wenc recorded “Recall The Dream Breath” after a conversation with Caleb Dailey about doing an album for the label and talking through ideas of what it could look like – compared to his previous release, Heart Music (2022, Where to Now? Records), which was written and recorded over 1- 1.5 yrs, Recall the Dream Breath was written and recorded within the span of 2 weeks in March 2021.

The first two tracks are more thoroughly “composed” pieces and for Sam, highlight new approaches for how he writes music for the pedal steel. The 2nd half of “Lorraine’s” and the final three songs were more or less improvised/written while recording. He heard the album in a sort of reflective way, Side A & B of similar palettes, but with some different intentions behind them.

The other kicker with this album is the collaborations with fellow Moone artists Kyle Field & John Dieterich. When talking with Caleb, he asked about having Moone artists on the album, and it worked out to have Kyle & John contribute (Kyle writing and speaking the poem “Lorraine’s” and John adding guitar & effects to “Electric Pasture”.

The album is attributed to “Post Moves & the Sound Memory Ensemble”. Though Sam performs most of the instrumentation (aside from Kyle & John’s contributions) – he wanted a listener to perhaps get the feeling that there was a larger group at work. With the album title and name of the ensemble, both have an associated verb/action with them. Both concerning dreams and/or memories, Sam liked the idea of the music scoring these moments where we cue information culled from dreams/memories as a way of situating ourselves in our present state. The placelessness of memories and their role in us finding place in the present. 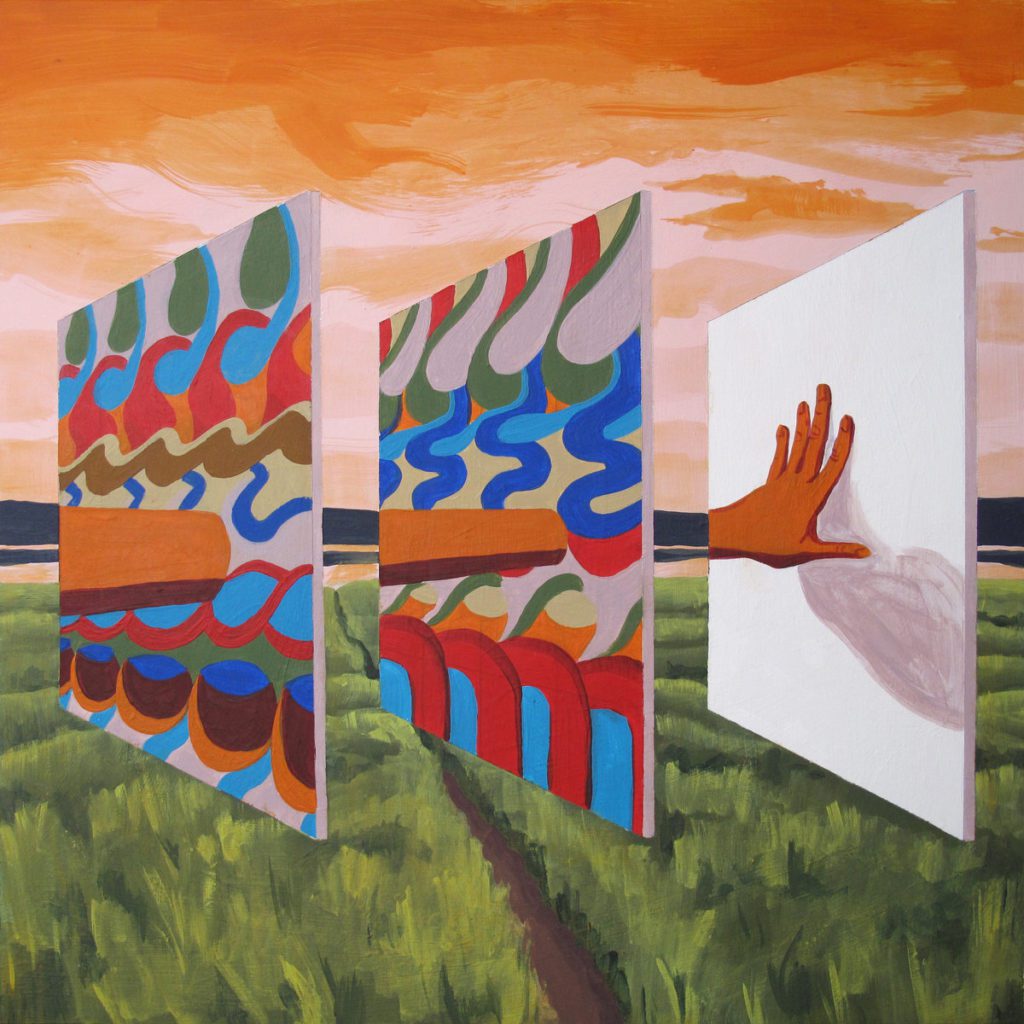