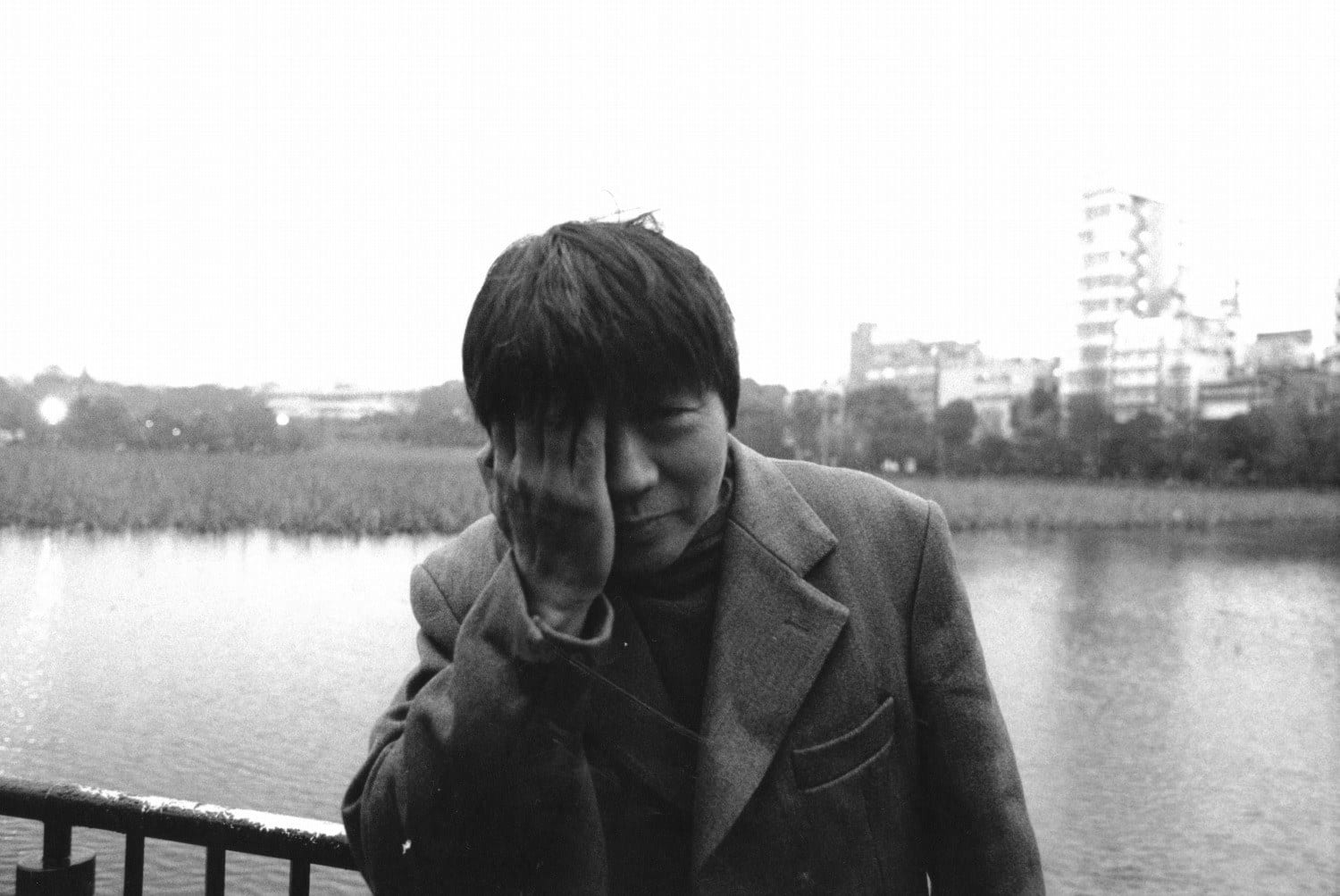 Tori Kudo creates some of the most heady, yet free-spirited compositions I have ever heard. Spanning decades, his work simultaneously feels ‘out of this world’ but still very human. On one hand, he is letting us in on a secret. Something we shouldn’t be allowed to listen in on. A vulnerability that is not often expressed. We are left with a childlike sense of freedom and possibility. Like anything is obtainable. It stirs up optimism for the future. The head spinning amount of emotion that is carried through his compositions require your complete attention. So pay attention. Someone like Tori only comes around once in a lifetime. You don’t want to be the one that missed out.

CD: I read that you look at error in your performance as a parallel to “our imperfect life.” Can you talk more about that?

TK: Error itself can not be a purpose. There is nothing better than not to error. We always try hard to play well, and it is legitimate. However sometimes an error may contain more information than music that is commercially distributed. That is not because of the matter of the error itself, rather it is because of the frame of word that is put on the music by forcing the listener to ask the question why the person had failed. That is why traditional music have no error no matter how it were gauche. The error is a modern outcome. The frame of word as information is an unavoidable matter since the occurrence of the tableau down to contemporary music. Error has two aspects. One is that economic and temporal leeway is necessary for acquiring craftsmanship skills, and that is impossible for multitude. Error is a matter of poverty, and its incentive is not to be attributed to individual laziness. We are alienated from a group of “professional musicians” who are dressed artistically indeed, and most of us except who are allowed to stay home as social withdrawal or who withdraw money from illegal dealings, will finish our whole life without being able to even learning how to play heavy metal shred. Therefore it could be said that errors by our side are revenge against society. It alone could not get empathy of fellows, though. So, another aspect of error is a purely musical strategy. Error is an unexpected event, and is a chain of terrorism and its restoration in music. Now, it could be said that a performance without any accident has no social meaning.

CD: Am I correct to believe that there is intention in the presentation of your compositions? Do you actually consider the sound to contain “errors” if it is meant to sound the way it does?

TK: No errors are assumed in my scores. They are written for the time when human beings are assumed to become in perfect condition. Performance is to show the vector going there. A more complete sound image is generated in the brain of the listener by showing a posture towards there while making an error. In the present situation, mere playing correctly means just filling the cup because of its correctness. There is no room to recall the expectation of coming completeness in the sound typed in digital music software. So I think it is a good thing to play with an unfamiliar musical instrument other than the instrument you trained. The gap between the sound that is ringing in your head and the sound that is actually coming out will clearly show the complete score to the listener. In other words, I am betting on the smart audience who say, “Oh, it would be great if this song were played perfectly! In order to share that time, let me live a little more.”

CD: What is the driving force that keeps you creating?

TK: It has been a ban on music. Under the forbidding orders, music scrapes off the worldly surplus that Adorno used to hate, shaping pillars of salt crystals of rock in underground inevitably, looking back to the world. That was why this kind of music had to be chilly. This obsession of “stopping music” becomes an energy that keeps playing music, while the desire of “wanting music” itself always acts as a negative energy. We all have to stop music. That should be the only reason for the appearance of the sound that spreads to the surrounding phenomenon. In an extreme case with Lacanian style, it could be said that “music does not exist”. Now music should be found around there.

CD: As the composer / director of MSHB, how do you create the space for collaborators to create what you are looking for?

TK: Rather than preparing musical score, it is more important to present the format. Participants who agree to the format will have the freedom according to their understanding. Hakusan pottery in Nagasaki leaves the treatment of edges of the bowl made of mold to the each of workers, so that each worker could make a part of products as he/she likes spontaneously. Just like that edges, I leave a space other than mold part to participants. It seemed that the bands I met in Glasgow looked like a sincere practice of socialism. They had a studio and a joint warehouse and shared the profits. Sun Ra had their own building and a candy store. In the beginning MSHB dreamed of the direction of so-called “band” as such local community. However, since the initial members had ceased to exist, I learnt that it was impossible. The band was a “suicide comittment” as Alan Vega said and should have been a destiny community. But I became alone. So for pure personal and economic reasons, since the 2000s I began taking a way to convene voluntary participants from the region wherever I went. It could not be said that such manner  did not resemble Damo. But while K or Geographic community reminded me of the gathering of the decablists on the eve of the Russian revolution, there were some differences from Damo’s network. While he took the format of putting his improvised songs on the music of local bands, I just wanted to make my song realized by myself. However, I did not want to take the form of a musical workshop. Taking the participation fee from them and pushing my musical scores was a consultation that I could not do because it was very delicate. Therefore, I spent most of my time seeking participants to understand my songs, getting the consent of the performance, so preparation became in a format not to do actual rehearsals. The participants became a gathering of bashful people who did not improvise so much, instead of people who wanted to bring their own expressions by all means. MSHB’s household management was like managing a pottery workshop that produces my craft designs. People who had been trying to make completely different products launched their own new factories. They are still my guest musicians sometimes, and form a loose connection around MSHB as other islands. So it can be said that  MSHB does not exist since the initial members are gone. Participants must not be MSHB for self-actualization. It’s not their songs, or no matter how much they sound like the collective improvisation, it is still on my design. I present a way of doing it and I hope that it should become the role of stepping stone for the time when they create their own songs. Each time a variety of people are coming. Some lingers and some goes away. So it could be said that since the beginning of this century, MSHB is not democratic, not a sincere practice of socialism, may be a troupe that stands somewhere between musical workshop and commercial band, no, I do not call it is not still my band but like a theatrical company. It is due to our economic situation.

CD: Do you have something specific you are looking for, or do you want collaborators to feel free to improvise?

TK: There are shy people who have to be kept encouraging to do improvise, while there are people who can only improvise. The latter is further divided into those who try to build consensus as a performing art, and those who not try to do that. It has to be the power of the song itself to connect these people. The scores are always layered like Gothic architecture, one layer must be left open for refugees and terrorists. If the song died by doing so, it is its life until then.

CD: Your music has spoken so deeply to me, and has brought me a sense of freedom in my own expression of art. Do you also find freedom in your music?

TK: The freedom inside the music is incredible, and if extended to the real life, it would be only what can appear as ADHD. No matter what may happen there, it is not strange no matter what kind of crossing will be made. The score may be denied halfway through the performance, or may actually blow up the bomb and shoot/been shot.

CD: I am always curious about how artists look at mundane life. Is this something you are always trying to transcend, or do you find joy in it?

TK: There is always a longing for absolute life. In a nutshell it means that I want to have my own desk. It always becomes a trash house with being not able to archive, by the stopover and the snap/sharp departure. However, there is also the time of the circle other than the time of the arrow. And it is fun enough to resonate myself to the nature and drink wine after work.

CD: What emotion/thoughts do you get when you ponder your community, home and work?

TK: The local communities and the family will survive after the war and disasters even if the country were gone away, so I think their prioritiy should be put on the top. I am involved in a potters association union partially but it is not like such guild I saw in Wales. Musical comunity here is not connected with Geographic or K as seen in Bristol or Lille. I like people’s gatherings, but I feel that one should be basically alone and being alienated, for the country unseen to come.

CD: Over the years, your name has been attached to a religious or spiritual undertone. Is your music effected by this?

CD: Are you a confident person?

TK: When being “Un” seen from le Grand Autre, one is confident. But that is not always the one’s situation.

CD: Can you talk about “Tenno” by Noise? I am interested in your life at that time, and how that album took shape.

TK: It was released by Reiko’s fund when I was in New York. The gold and pink of the sleeve was the same color as the duster in her room, she said.

CD: Do you have any projects coming up that we could anticipate? If so, where can we look for it?

TK: This fall an album called Gara-Kei (Galapagos cellular phone Punishment) is to be put out from Bruit Direct Disques.