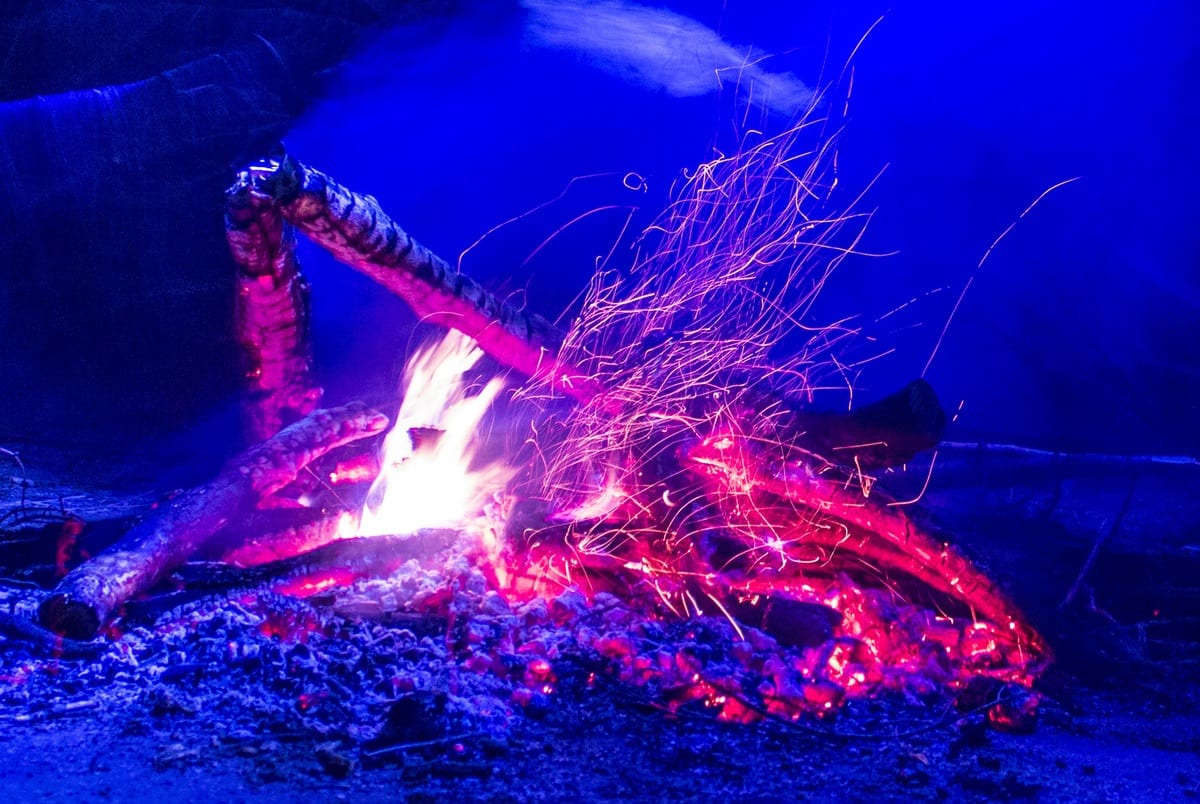 It was only a matter of time before soundscape masters Richard Houghten (bloomypetal) & Brandon Burger (Parallel) joined forces again to bring our world A Cosmic Gift.

Simply calling Richard a musician would be a grave disservice to him. Mr. Houghten is a true artist in every sense and routinely goes above and beyond merely creating music. From original album art, music videos, and by the way – he lathe-cuts his own releases by hand with equipment he traveled all the way to Germany to train on how to use.

Richard was kind enough to answer some questions that I had about his artistic process, his lathe-cutting techniques, and A Cosmic Gift‘s new album ‘Kombu Tuxedo‘.

EH: How did you come to begin to work with Brandon Burger and collaborate as A Cosmic Gift?

RH: I met Brandon in San Francisco when he played there as Parallel. He stayed at out our house in the Sunset District, he knew my buddy and roommate David Siskin (warbreakr).
The next day after the show, we walked down to the beach and he totally lost his mind when he saw all the sand dollars! We became buddies pretty immediately. When he went back to Indiana he sent me a remix of one of my tracks and from there it was pretty on.

EH: What do you call your special etching technique? Did you learn this in Germany as well? Or has this come from your own further studying?

RH: This came about as I went down the rabbit hole of vinyl cutting…
It started when I was studying with Souri. He cut me a record with every type of groove to show me how to see sound and what it looked like on a clear record.
I loved the record he cut so much that he laughed and said ‘You would like this man from Japan who came to me to me to learn, he makes pictures on records‘… so a year later after diving deep I found the guy and I learned how it works!

EH: So when you met up with the guy from Japan, did he have some secret technique that he was able to share with you? What was the trick, because you have accomplished some pretty intricate cuts. It looks like you could etch just about any shape you wanted.

RH: I’ve never met the man. I know some people who have developed the software to do that.

EH: Is there any special significance of the MC Escher tessellations you chose to etch into this most-recent release?

RH: Totally! MC Escher is like the beats of visual art for me. I want to go where goes but with music. You can actually hear beats when cutting his images.
Symmetry.
Equal rhythms.

EH: That’s an excellent observation! Perfect for the etched, yet playable area in your new release.

RH: I already started a piece that starts from an image.

RH: I want to start it with a photograph of the stars. Long exposure.
My brother takes these wild photos of what are called ‘star trails’, with all the stars spinning around the North star.
I thought maybe there are some sick beats up there…

EH: Oh, I know what you mean, but you’ve got to pick the right constellation!

RH: Dude, yes! Brandon (Burger) is way into that stuff too.
Our song ‘Communication‘ is the sound of a comet NASA recorded.

EH: I see you worked with a few strings players as well on this release.
How easy has it been to convey your ideas to other artists and have them produce what you had envisioned? Do they help write the parts for their instruments? Or are they conduits for your ideas?

RH: Rad question!
So my girlfriend (Nicole Calhoun) is an amazing cello player, so I am really lucky, we met in SF teaching at a music school.
I will be basically working on a track, then run into the other room and be like ‘Nicole can you play this?‘ and start humming a tune.
And the violin player, Alejandra (Contreras) I also worked with and she just shreds.
The hardest part is recording it nicely and making it fit.

EH: Going from a ‘freestyle-take‘ to the ‘this is the final cut-take‘?

RH: I’ve found that the first take is always the best, kind of like how photos are best when not staged.

RH: That would be sweet, but I guess the more someone is on their toes, the more can sneak out subconsciously. I also edit a lot. Maybe that’s the ticket too… editing.

EH: Tell me about some of the other experimental lathe-cuts you’ve been trying.

RH: I cut a record from the middle outwards.

EH: You got the middle out to work?

EH: So this means you can create a release that plays from the middle outwards and ends in a repeating, locked groove?

RH: Yeah, totally. So the best quality track is the last song rather than the first. The sound quality improves as the record plays!